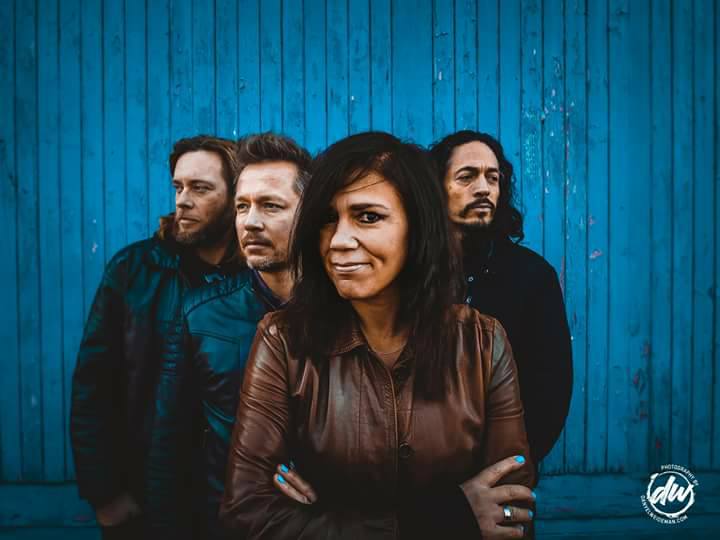 What could be better than to follow an extended headline tour through half of Europe, up with a bulldozer of a new single, which will be presented at the Eurosonic Showcase festival 2017!!
“Blood Red Moon” was recorded and produced by Guido Aalbers (QOTSA, Muse) and the band sounds at its best, they have developed and distilled their completely own sound into a greasy song, with a drive, urgency, and sexiness that would make Josh Homme uncontrollably shake his hips.

Drive By Wire is known for their explosive and psychedelic live performances (O.a.festivals like Zwarte Cross, Generator Fest, but also in the clubcircuit where charismatic frontwoman Simone Holsbeek mesmerizes the audience, and takes you away on a musical road trip.

“Blood Red Moon” shows that there there currrently is no other band with this unique heavy, bluesy and sultry desertrock sound. A must see / hear experience for fans of Queens of the Stoneage, Blues Pills, PJ Harvey, Kyuss, Black Mountain and Sonic Youth.